One Luluco a day keeps the psychiatrist away

Do you remember that awesome moment when Goku became a Super Sayian for the first time and avenged his fallen friends, or where his son Gohan took it to the next level and fried Cell’s face off?

You gone done it now.

Do you remember that awesome moment where Asura‘s wrath became so all-consuming he grew an extra pair (of arms) to pound his adversaries into submission, and grew even larger later on to crack the planet in half?

Do you remember that awesome moment where Scott powered up through the Power of Love, was brought down because of it, only to rise again with the even more awesome Power of Self-Respect?

Space Patrol Luluco is all of that, all the time, with ten layers of crazy on top of it. 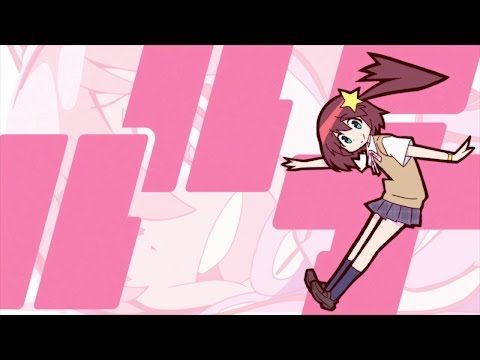 When it’s not in full-power mode, it’s not only adeptly pumping an absurd amount of audio-visual information into our brains with animations and peculiarities reminiscent of earlier Trigger works, it’s actually connecting said works into one interdimensional Trigger universe, good for a genuine mindfuck or two.

Compressing the already insane Sex&VIOLENCE with MACHSPEED from nine minutes to five, while giving a moral to the story?

Thirteen episodes.
Seven minutes each.
To me, that’s two weeks of kickstarting the brain every morning. And I feel ready to take on the universe.