I don’t know what it is with Gantz.

Not just leather and guns, contrary to popular belief.

On one hand I’m pretty much turned off by the franchise’s terrible pacing, the indecisive and morally deficient characters, and Hiroya Oku’s desire to make plot points about giant mammaries, classmate bullies, hot vampires and basically every other teenage/Japanese stereotype.

On the other hand I really, really, really wanted to find out the meaning behind the omnipresent black ball that randomly resurrects the recently deceased to have them fight in tight leather outfits, in timed battles to the death against aliens and dinosaurs. Let that sink in for a moment.

What is it with this unhealthy fixation in black balls and increasingly large guns?

To be perfectly honest, about a decennium ago, and after a few manga volumes and corresponding anime episodes, I couldn’t be bothered anymore.
The one hand won. I didn’t like Gantz as a whole.
Too slow. Borderline retarded.
Too puberal. Borderline pornographic.

Too many preposterous breast physics. It’s supposed to be skin tight leather for gantz’ sake.

I had my doubts when I saw this fully rendered CGI film appearing on Netflix, of all places.
But hey.
What did I have to lose?

Hint: after ten years, not much.

The ‘negatives’ were apparent straight away.
Pacing was still very true to the core Gantz experience – with characters lamenting the inhumanity of their lives, being indecisive all around – and Eastern breast physics made another triumphant return.

If all else fails, use more boobs. Boobs sell.

However.
The story picks up somewhere in the middle of the manga and is based on the ‘Osaka arc’, with some minor changes and omissions – don’t worry, it’s a great starting point for newcomers – so it made me very curious to what I missed out on in all those years. But more importantly, when there were action scenes, they were superb, and the alien designs are nothing but delightfully monstruous and filled me with dread throughout the entire movie.

I dare say, this  rekindled the old flame for sure. I wanted to see if the manga, anime, game and live action movies could do the same.

And I wanted to see it now.

Always more interested in the roots than the derivatives, I started with the manga. Even though I had to cast aside my principles several times, I got through the 37 volumes – with an increasing amount of boobage, non-sensical sidestories and absurd plot points – to reach a rather satisfying conclusion.

Indecisiveness became a thing of the past.

My questions about Gantz were finally answered, drenched in sci-fi, religion, and humankind’s perpetual folly.
But I wanted more.

I checked out the anime again, and noticed it deviated from the manga after 21 episodes, and clumsily tried to wrap things up in the final 5 with its own, original story sequence. 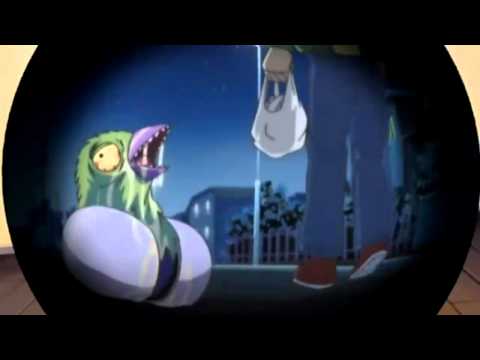 I still love the intro though.

It was a sham.
Somehow managing to still throw in some extra fan service, it pulled off an abrupt “full circle” job and that’s all she wrote.
But hey, at least part of it was true to the source material.

Including random sex with a Lara Croft lookalike.

As for the one and only game – aptly named Gantz: The Game – I’m afraid I can’t really comment.

A Japan-only PS2 exclusive, it’s just out of reach of our region-locked language bubble, and we’ll have to make do with whatever Youtube has to offer. 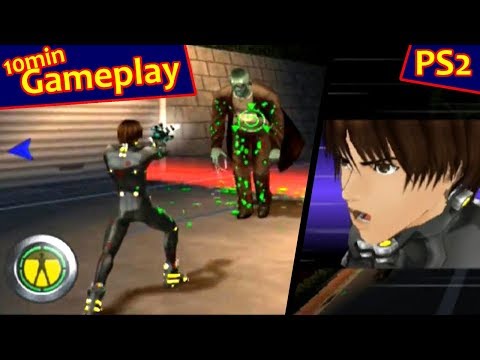 It looks mighty boring though.

What I do know is that it roughly follows the battle sequences from the manga and anime, up to the point where both deviated from each other. That said, it also includes some extra characters and weapons from later manga volumes, just to make it… interesting?

And finally, the live-action movies.

And proof that giant anime tits are not so easy to transition into real life.

However, where the first movie gently wraps itself around the usual origin story – again, up to the point where manga and anime deviated from each other – the second movie seemingly picks out random elements from the rest of the manga, cobbles them together and creates its own finality.

Some aliens were pretty darn spot on and creepy. Hats off.

I was not… displeased with the ending. It was, in a silly, plotless kind of way, the Perfect Answer.

But if I had to endure the out-of-character resting bitch face of Kato or Nishi’s contorted lips any longer, I’d have stabbed out my own eyes.

Like he’s carrying the weight of the world, all the fucking time.

Should you, or should you not?

It’s pretty good, in hindsight.
If you like fan service, gore, and arbitrary character development, you’re in for a treat.
Do realize that you have a long road ahead of yourself if you want to see it through to the end. Speaking of endings…

Sure.
Watch the first 21 episodes as accompaniment to the first manga volumes, if you can spare the time.
Don’t bother with the ending. It leaves a sour taste.

Personally, even though it seems hella boring, I want to play it. Call it professional deformation if you want.
Fun fact: apparently there’s a bonus battle where you can murder annoying anime trope catgirls. I’d sign up for that any time.

The first movie is a decent retelling of Gantz’ origin story, with some cool monsters.
The second movie’s got some nice swordplay, but you’ll need to struggle your way through the random plot before you get to the somewhat decent final answer.
All in all, not the worst, not the best. Decent.

True to everything Gantz – whether it’s awesome or eyerolling – this only-slightly different retelling of one manga arc will leave you craving for more. Watch it. Do it now.