In Dead Space, everyone can hear you scream

Many, many years ago, I wrote my very first reviews.

One was about the survival horror masterpiece Dead Space. Others were about the decline of decent Dragon Ball fighting games…

But before I could release these silly and naive pieces of prose into the world, disaster struck. My gaming mindset and ideas became suppressed for many years after, until I recently was made Whole again.
Time, however, had moved on as well, and so did the Dead Space franchise. Books, movies, comics, spin-offs, DLC, mobile games, micro-transactions…

They did it all.

And now, the end has come.

But what a ride it was!

Every piece of media shows people and events from different points of view, from different timelines, all culminating into one Necromorph singularity. And if you’ve never had the full experience, let me just gently – click on the images to spend money – nudge you in the right direction…

The progenitor of the series.

The prequel to its namesake, Dead Space explores the events that transpired on Aegis VII, the planet to be cracked by the Ishimura.
Follow in P-Sec officer Bram Neumann’s footsteps as the colonists uncover a mysterious artefact…

This comic has also been animated, with voice-overs! 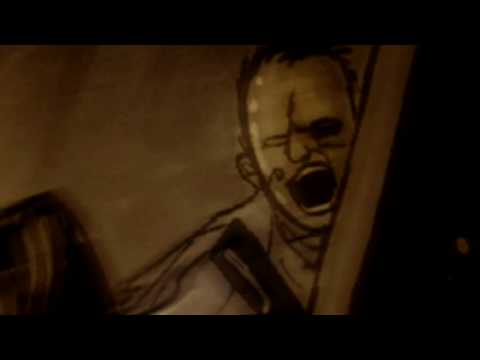 Dead Space Downfall, another prequel to the first game, shows us the insides of the Aegis VII’s colony, the USG Ishimura, and many more…
Alissa Vincent, head of Security, has a hard job keeping the planetcracker’s crew in check…

Simply put, one of the best rail shooters this side of the universe. Filling in the missing gaps between planet-crack and Isaac’s arrival on the Ishimura, Dead Space Extraction puts you in charge of a ragtag band of colonists, fanatics, and security forces. However, protecting Lexine Murdoch may prove more arduous than imagined…

Isaac came with an ulterior motive to the USG Ishimura: to visit his girlfriend Nicole Brennan.

This is her story.

Isaac has left the building. But he left the door wide open for looters and scavengers. Stefan Schneider and his Magpies might be getting more than they bargained for…

The Ishimura’s owners want their ship and, more importantly, its cargo back. Unfortunately, there’s a planet in the way, and the lives of four people – Nolan Stross chief among them – will never be quite the same again.

Dead Space tells the story of Vandal, an engineer aboard the Sprawl, the space station on one of Titan’s shards. Unfortunately, like so many things before it, this mobile gem has been slaughtered by the biggest Necromorph of them all: EA.

Set right before the events of Dead Space 2, you hack your way through the Sprawl’s systems as Franco Delille, while your significant other, Sarah Andarsyn, guards your back. But there are other forces at work...

Finally. The wait is over.

The prodigal son returns, and he’s having a hissy fit. The Sprawl is not a nice place to get your bad memories extracted…

Dead Space 2 ties up some loose ends from the recent prequels, and unravels some of its own. But this is not the end, not by a long shot…

This way-too-short story runs parallel with the main game, and shows us there can still be light at the end of the tunnel. Taking everyone by surprise, we follow a few lucky survivors from one of the previous media through another hellish bout of mental and physical endurance…

Dead Space 3 is looming just over the horizon, and the ancient gods have decided you need a sidekick.
Enter the ‘merciless soldier’, John Carver .

The end to end all endings.

Put on your Resident Evil 6 cap on backwards, lock and load, and Rambo your way through scores of cannon fodder. HOOAH!!

Whoops. Shot my load too soon. THIS is the end to end all endings.

No one really expected they’d pull an Asura’s Wrath on us, but hey… at least we have some kind of closure now.

It’s as dead as mostly everything in the Dead Space universe. And I personally did not have a chance to try it.

I’m not crying though.

As an extra, for all you bookwyrms out there, you should really give Dead Space Martyr a go. Focusing on Michael Altman-be-praised, this novel unearths the early beginnings of Unitology, several hundred years before the first game.

You can forget about this one.

Its one saving grace is probably the final part of the book, where shit hits the fan, and hits it real good, in true Dead Space style.

And that’s all he wrote.

If you’re reading this on publication, you still have a chance to see some of the games (and myself) in action on Twitch, or even watch some comics on YouTube.

And here’s one final piece of advice: all of the comics can be read online.

Cover Image from The Art Of Dead Space