And why does this usually imply a delicate balance between rose-tinted nostalgia and piss-poor ageing?

Some people swear by the early sprite stuff, and would, in the blink of an eye, throw all their money at a remake or sequel in an effort to relive past glories…

Those were the days…

Others consider fantasies from the PS1-era as the Holy Grail, with its FMV cutscenes, orchestrated musical scores, and abundant use of nineties polygons. 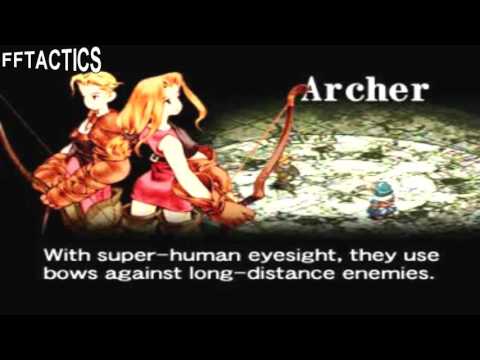 Those were the days!

Y2K brought the advent of PS2 in all its glory, and now you could seamlessly laugh and battle alongside fully animated summoned monsters, offline and online, in the vastest of overworlds! 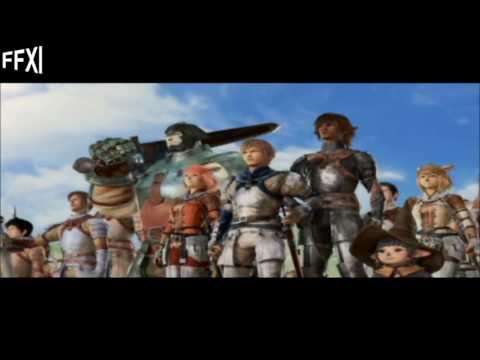 THOSE were the days…

About a decade ago, one of the greats was being cashcowed all over the place, with movies, prequels, and even spin-offs  on the go!

FFXIII is THE ABSOLUTE… wait. That’s 2009. Way too recent to be retro. Obviously this game and everything that came after is shite by default.

I’m not even sure why this game exists in the first place.

Anyway, on to Fahrenheit, aka Indigo Prophecy.

Anyone who didn’t live under a rock the past few years has played or at least heard of Heavy Rain, and maybe Beyond: Two Souls.
Quantic Dream made a name for themselves with their cinematic game experiences, where every choice seems to have a lasting impact on how the story plays out. The motion capture technology behind it was/is simply astounding, and with decent pacing and great scripts comes many a moment on the edge of your seat.

But how did they get where they are now? What came before, and how did it (d)evolve?

Quantic Dream just released Omikron –The Nomad Soul, starring David Bow…wait a minute, that’s too far in the past. I never played this one, so how can I possibly write a biased impression?

Let’s put a placeholder on this spot and move on.

It’s cold outside, and there’s snow everywhere. And if we can believe the premise of Fahrenheit / Indigo Prophecy, the world is coming to an end.
At least for the protagonist, Lucas Kane.

What starts out as a strange murder case soon becomes freakishly paranormal and totally batshit crazy, leaving you to wonder where and when exactly it all went to hell.
That said, I have no qualms with the overall plot. Maybe the denouement felt a bit rushed, and could have used some extra fleshing out for effect, but I’d still take it over most of M. Night Shamalyan’s twists.

It was the Hoof Clan all along.

What DOES grind my gears – and apparently the game mechanics’ gears as well – is how one physically progresses through the plot.
Please note I obstinately played throughout the game with a controller.

First off, you’re given conversation options with a time limit.

By the time you’ve read all options, figured out what would be the most appropriate choice, and double-checked which directional input you need to push to enact said choice, you have about 0.0001 seconds left on the timer. 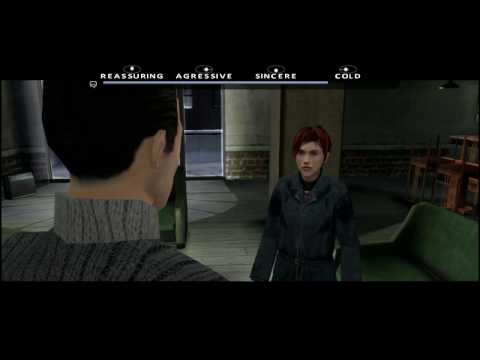 Not that it really matters much, as most options will come to pass anyhow, and the overarching story remains largely unaltered. You have a few different endings though, but sadly  these are based on your final actions alone.

And that brings us to our second hurdle. Action sequences.

These colour-coded Quick Time Events are often so drawn out, I had to quit the game once in a while because of the strain on my eyes. Suffering from deuteranomaly – or any other form of colour blindness – doesn’t improve things. Click on the picture below – spoiler alert – to feel my pain.

Also, because of the intense focus on these button prompts, it’s hard to follow what you’re actually doing in-game. And whoever thought every input should be met with a beeping sound, should be fired. Overall this sucks balls, because the choreography during these events is pretty cool, with the one exception that looks like a deleted scene from a Matrix draft.

Outside of these scripted QTE’s, we come to our third and final obstacle: an archaic control scheme.

Apparently controls have been altered somewhat for the remastered version of Fahrenheit (2015), but that didn’t stop my character from constantly running in circles and bumping into every piece of furniture in the whole universe, and the oft-present timer just keeps on ticking away while flipping you the finger. 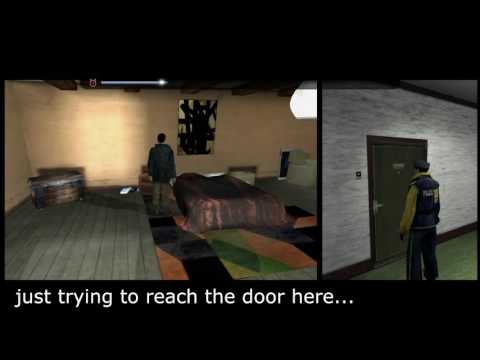 It vaguely reminded me of a time where I failed to convince my peers that Parasite Eve (1998) was in so many ways superior to Resident Evil (1996), and by the time one of them actually played Parasite Eve II (2000) we were so used to more intuitive controls, our controller didn’t get past the first level unscathed.
I still weep for that sad moment in my life. At least we were on the edge of our seat.

Thus Fahrenheit joins the club of clunky and semi-badly aged games, while at the same time embodying the true meaning of  retro-gaming …

[ Embrace the games of yore, so you may better understand and appreciate your present and future. ]

If these oldies get remastered, all the better for it.

And remember: No Fahrenheit means no Heavy Rain or Beyond: Two Souls.
Maybe no L.A. Noire either.
Or Telltale Games!
*gasp*

So stay tuned for Quantic Dream’s next project, Detroit – Become Human. As always, it will move or surprise us in one way or another.

But since I wanted chapters to end rather than begin, Fahrenheit gets a mere

← What to do on a lazy Sunday afternoon
THE WAR IS ON AGAIN! TIME TO CHOOSE! →