Don’t ask me why. There is no explanation. You might as well try and find out what drives a Brony, who in their right mind believes in a purple-blue Super-Saiyan God Super-Saiyan, or when a Diglett with a tuft of hair sounds like the revolution we were all waiting for.

It might have something to do with controlling a poop who eats poop and throws poop at others. I’m not sure.

So it will come as no surprise to you that the recent throwback games, Re:Digitize (2012) and Next 0rder (2016), feel like the second and third coming of Christ to me. Gameplay, setting, and overall digi-awesomeness lifted straight from the first Digimon World (1999), they do a bang-up job of emulating the original experience. Of course, Namco Bandai Games had quite some time to perfect their niche product…

While we did get our share of borderline mediocre Digimon games over the years, in the form of turn-based dungeon crawlers, fighting games, card battlers, beat ‘em ups, and Tamagotchi-style games – on everything from WonderSwan and Sega Saturn to Nintendo DS and PlayStation 4 – none of them were quite able to recapture the soul of its progenitor. And while the next-gen releases still can’t match the success of the Pokémon games, BY A LONG SHOT, things are looking bright indeed for our digital friends.

Going back to your roots can work wonders.

Back up a little.

This is coming off a bit one-sided. How about we mix it up with some slander?

First of all, what’s up with this outfit?

It’s like she wanted to swim, dance, and have a snowball fight at the same time.

I get the whole fashionista thang, but these do not seem like the most comfortable threads to save the day in.

Just like the gradual shift in focus on Angewomon’s… assets, other female characters seem to pull on the ‘short’ end of the straw as well, with skirts, tops and poses leaving little to the imagination.

At least they don’t seem underage. I’m rolling my eyes at you, Criminal Girls.

But do I want them to go out and collect digi-mushrooms in the digi-forest like that? Not only does this seem highly impractical, but they’re sure to catch a digi-cold or something.

Would it hurt to add a few unlockable costumes, so I shouldn’t have to stare at butt cracks all the time?

Or, you know, dress for the job and retain some style.

And his butt crack is not in your face, like, all the time.

The unnamed hero kid from the first game is all grown up now, and actually looks and acts the part. Now a home school teacher who dabbles in self-taught programming, he has quite some things to say on your digi-adventure.

Which brings me to another bone of contention: the silent protagonist.

One of the strangest tropes in all of RPG history, muting your main character for the entirety of its adventure is still something my brain cannot always compute.
Is it so we can relate better and fill in the mental blanks? Why even bother recording lines for battle scenes, or worse yet, the ending scene?

“Oh hey, hi, just to let you know I was able to talk all along, how about them digi-apples? Goodbye forever now!”

Another issue that bothered me from the start, were Next 0rder‘s low texture resolutions on the PS Vita.

It’s not because you’re trying to make us relive the experience from a PS1 game, that we need to look at the same graphical prowess from that era.

If you have a chance to pick up the game for PS4, please do, as it makes a ton of difference if you’re in it for the eye candy. Entire areas have actually been redrawn and littered with extra objects for the port from Vita to PS4! The creator wants you to do so too!

The Digimon themselves look better than ever though, in both versions.
Animations are fluid throughout, though with some noticeable frame drops on the Vita whenever you enter a snow or sand storm. All in all I firmly believe these technical mishaps could have easily been avoided, which makes me a sad Pandamon.

Anyhow, let’s not dawdle on these cosmetic details, and get to the main course: raising and beating the crap out of Digimon.

Training your little fuzzy friends has been extremely streamlined in this latest iteration of the ‘World’ games, meaning you don’t have to run around anymore looking for boulders to move, trees to slice, or puzzles to solve.
All you need to do is pick which aptitude you’d like to increase, spin the roulette, and hope for the best.

Every icon is a bonus. I’d take those bets any day.

This means leveling your walking talking poop machines is easier than ever, although it lost some of its charm along the way.
As a counter to these hyperspeed training improvements, your home town is now not only twice as big and growing by the day, it’s also choke-full of Digimon who you need to check on regularly for free stuff, or goodies to buy. This drags out visits to your base of operations more than necessary.

In the end you can visit over 40 locations, loading times included.

Speaking of the ‘mons.
You can raise about 217 Digimon in Next 0rder, DLC’mons not included, and it’s a blast to try and evolve the ones you want. Not only do you run around with two partner Digimon instead of one this time around, you’ll quickly discover how to manipulate digivolutions to your liking. A feast for the fans, this is.

Counterpoint: Call it luck, sheer awesomeness, or an easy peasy game, but I managed to finish the story with my second pair of Digimon.
And that’s another problem in itself: The difficulty spikes.

You have the possibility to unlock a plethora of attack options, but 90% of the time you just let your Digimon wipe the floor with anything that moves, without touching a button yourself.

Sometimes you might need to whip out some ultimate attacks or healing items for a story-related boss, and the final 10% are clearly ‘mons you are not meant to fight today, tomorrow, or ever.
Okay maybe ever, when you ground your way in creating the buffest Digimon there is.

But don’t fret. Again, the PS4 version got a difficulty overhaul, and should be a bit more fair and challenging now.

And that about digi-sums it up.

If you like to recruit and battle Digimon wherever you are, the Vita is the way to go.
If you want to do this from the comfort of your couch, while being visually entertained, the PS4 will cater to your needs.

In this modernized and streamlined trip through memory lane, Next 0rder will hold your hand firmly, except when it doesn’t, and it couldn’t care less whether you like to run around fully clothed or ready for the catwalk. 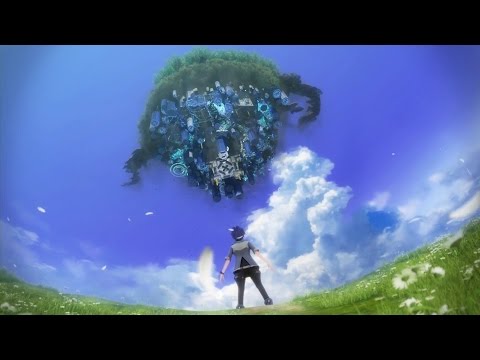 PS: Re:Digitize and its 3DS add-on Decode were never released in the West. But Cyber Sleuth and Next 0rder were, so we’ve got that digi-going for us.

Extra points for nostalgia boners, but with penalties for visuals and performance, Next 0rder on PS Vita gets a solid

Outperforming the Vita on all levels but the same old story, Next 0rder on PS4 is handed

← Put your money where your mouth is
Unlimited Frustration – [soundbyte u] →