A new era has begun.

I finally took a giant leap of faith from the PSP – Sony’s last-gen handheld game console – to its successor, the PS Vita.

My self-indulgent #screenshotsaturday pic from a few weeks ago says it all.

You can’t even buy new Vitas in most European shops anymore, and interest in the device is at an all-time low, especially with the Nintendo Switch right around the corner…
Well, let’s just say that by now you can enjoy an already extensive library of excellent games and many more Japan-only to come, so now’s as good a time as ever to take the plunge into this Vita retro-gaming avant la lettre!

Also, you can cross-play this baby.

And the first game to ever grace its memory circuits should be none other than Gravity Rush, one of the Vita’s release games and still firmly holding its own to this day.

Holding its own sideways, upside down, inside out.

Known as Gravity Daze in the Land of the Rising Sun, you take your token amnesiac for a spin around town, followed by your new favourite singularity kitten, who also happens to grant you the power of gravity shifting.

Probably one or other evil cat scheme.

Kat – the cutesy little anime chica whose memories you’re trying to tape together – often feels insecure, likes to dress up, is desperately looking for a boyfriend, and generally acts like every stereotypical random teenager. This makes her easier to relate to, and genuinely feel for during her (mis)adventures. Not depicted: regular girl wielding power of the gods.

Interactions with other characters are accompanied by detailed mugshots, making even the smallest of small talk seem meaningful – especially since the game’s mumbo jumbo language makes no sense at all – and grander happenings have been fully ceegee-aied. Furthermore, every episode has its own semi-interactive comic book cutscene.

The world you live – and fly – in has this vibrant comic book style that typifies Gravity Rush as a whole, and I haven’t felt so free and unhampered in my doings and goings since Ultimate Spider-Man (2005).
And that’s saying a lot. 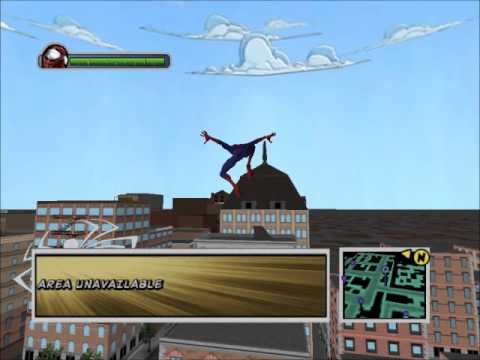 Prototype, Saints Row and InFamous can suck it.

I do admit, sometimes combat feels a bit off and clunky, just like with our friendly neighbourhood’s spider dude, but as battle sequences can be kept to a minimum, with a maximum of almost uninterrupted free-roaming pleasure, I can easily forgive this one – sometimes glaring – fault.

The story is also a bit all over the place, and the post-game world hasn’t got much on offer besides the same chill tracks you’ve heard all before, which only strengthens the fact that Kat’s story is far from over and you’re looking at a possible slew of sequel media.

As a matter of fact, for you boys and girls who like to keep their monster consoles fed with exquisite games, Project Siren got just the thing for you: a remastered PS4 version to prep you for its next entrée, Gravity Rush/Daze 2.

And if this doesn’t satiate your hunger, you could always watch the animated prequel to said sequel: Gravity Rush Overture.

For making me feel as free as a disoriented bird, Gravity Rush on the Vita scores a nice

Although it includes all DLC and looks mighty fine, some handheld charm was lost along the way for Gravity Rush Remastered on PS4, scoring an equal

← Hello there old friend
Are you a fan of Civilization? →