[J] Jotun – in the Shade of the Colossi

Thora’s journey can be experienced on a plethora of systems, such as the Wii U, Xbox One and PS4, and my adventures on Windows yielded only one – minor to some, major to many – technical hiccup: Screen tearing.

But don’t let this drag you down.

If you’re looking to brush up on your Norse mythology, while roaming Yggdrasil’s roots or Jormungandr’s lake in search of ancient runes, divine power, and a giant or two’s skull to bash in, look no further than this epic telling – all in Icelandic – of one woman’s death-defying quest for righteousness.

Her story won’t last you two days, but exhaustive length does not a good story make.

Here, have a 10 minute playthrough of the first area; intro and tutorial included. 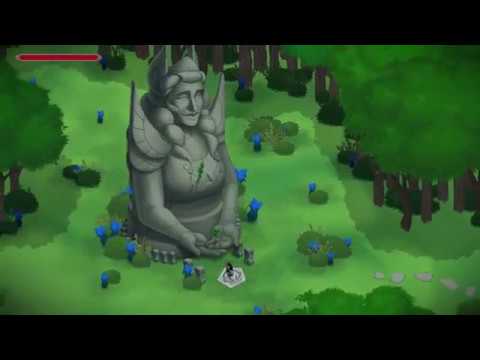 Or better yet, download the game for free, today only!